END_OF_DOCUMENT_TOKEN_TO_BE_REPLACED

The profitability of the dairy and beef industries is largely affected by the actually achieved reproductive efficiency. Although a large proportion of cows worldwide are bred by artificial insemination (AI) services, many potential factors affecting the outcome of pregnancy by AI remain to be addressed. In the present study, we investigated the vaginal microbiota by high-throughput sequencing of 16S rRNA gene and analyzed their association with differential pregnancy outcomes (i.e., pregnant vs. nonpregnant) of multiple AI services in dairy cows. Sequencing of the V3-V4 region totally produced 512,046 high-quality sequences that were computationally clustered into 2,584 operational taxonomic units (OTUs). All OTUs were taxonomically assigned to 10 bacterial phyla. There were statistically significant differences among the three AI service times (T1, T2 and T3) with respect to the Shannon index and number of observed OTUs (p < 0.05). Bray-Curtis distance-based PCoA analysis also revealed that T2 group could be significantly distinguished from T1 and T3. However, no significant difference between the pregnant and nonpregnant cows was found in confidence regarding both alpha diversity and beta diversity. These results could help us better understand the possible influence of vaginal microbial community on pregnancy outcomes of AI service in cows. 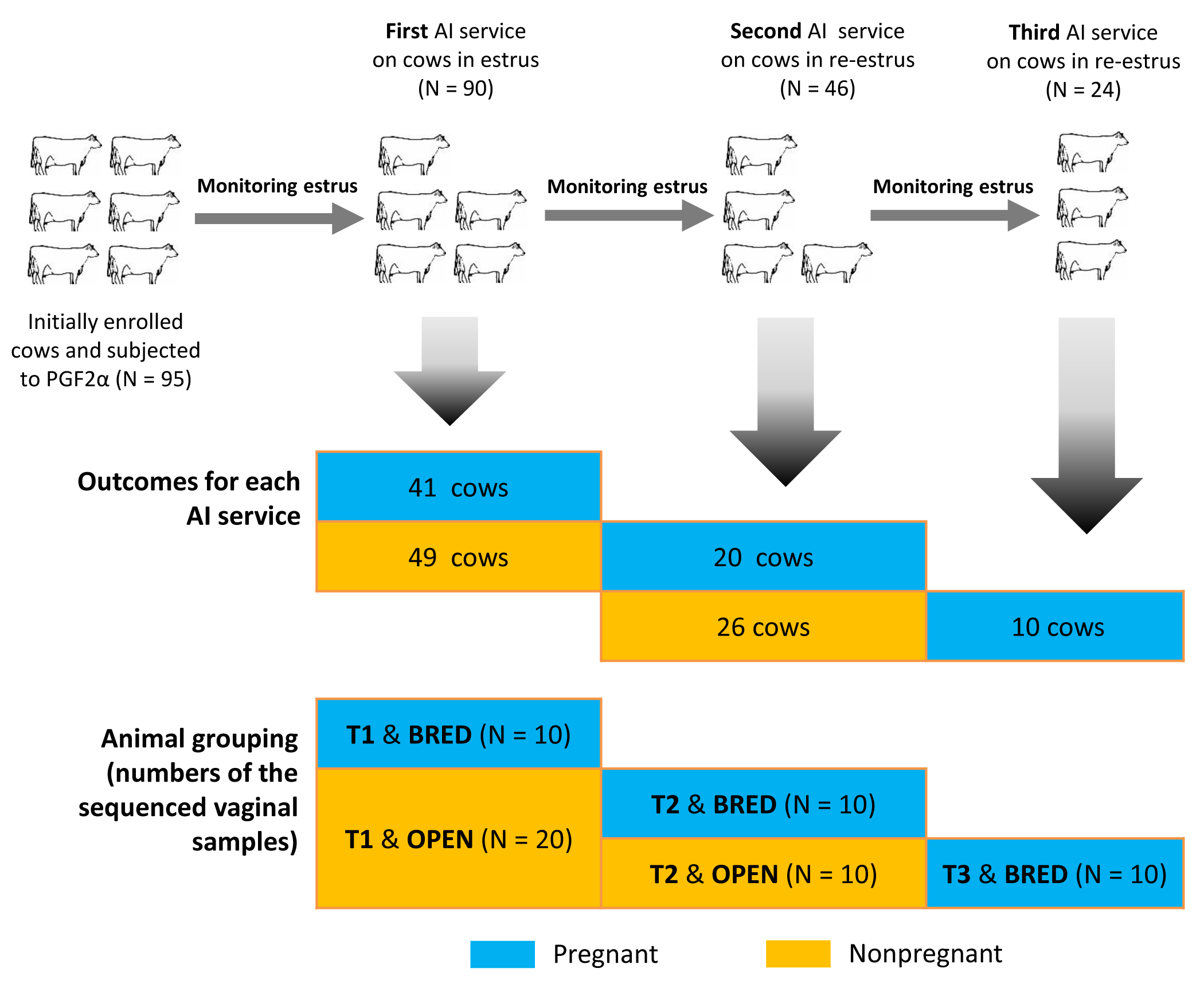