END_OF_DOCUMENT_TOKEN_TO_BE_REPLACED

.In this study, a method of heat adaptation was implemented in an attempt to increase the upper thermal threshold of two Streptococcus thermophilus found in South Korea and identified the alterations in membrane fatty acid composition to adaptive response to heat. In order to develop heat tolerant lactic acid bacteria, heat treatment was continuously applied to bacteria by increasing temperature from 60°C until the point that no surviving cell was detected. Our results indicated significant increase in heat tolerance of heat-adapted strains compared to the wild type (WT) strains. In particular, the survival ratio of basically low heat-tolerant strain increased even more. In addition, the strains with improved heat tolerance acquired cross protection, which improved their survival ratio in acid, bile salts and osmotic conditions. A relation between heat tolerance and membrane fatty acid composition was identified. As a result of heat adaptation, the ratio of unsaturated to saturated fatty acids (UFA/SFA) and C18:1 relative concentration were decreased. C6:0 in only heatadapted strains and C22:0 in only the naturally high heat tolerant strain were detected. These results support the hypothesis, that the consequent increase of SFA ratio is a cellular response to environmental stresses such as high temperatures, and it is able to protect the cells from acid, bile salts and osmotic conditions via cross protection. This study demonstrated that the increase in heat tolerance can be utilized as a mean to improve bacterial tolerance against various environmental stresses. 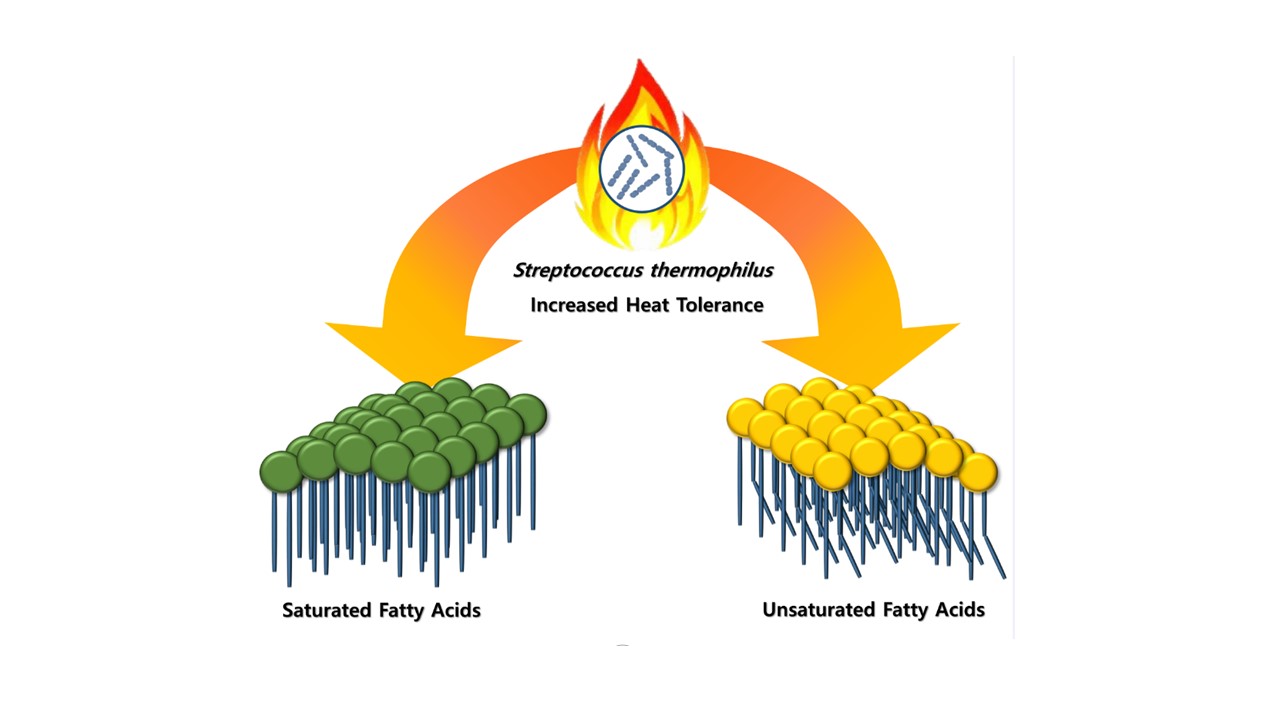