END_OF_DOCUMENT_TOKEN_TO_BE_REPLACED

Mycobacterium tuberculosis produces mycolic acids which are relevant for persistence, recalcitrance to antibiotics and defiance to host immunity. c-di-GMP is a second messenger involved in transition from planktonic cells to biofilms, whose levels are controlled by diguanylate cyclases (DGC) and phosphodiesterases (PDE). The transcriptional regulator dosR, is involved in response to low oxygen, a condition likely happening to a subset of cells within biofilms. Here, we found that in M. bovis BCG, expression of both BCG1416c and BCG1419c genes, which code for a DGC and a PDE, respectively, decreased in both stationary phase and during biofilm production. The kasA, kasB, and fas genes, which are involved in mycolic acid biosynthesis, were induced in biofilm cultures, as was dosR, therefore suggesting an inverse correlation in their expression compared with that of genes involved in c-di-GMP metabolism. The relative abundance within trehalose dimycolate (TDM) of α- mycolates decreased during biofilm maturation, with methoxy mycolates increasing over time, and keto species remaining practically stable. Moreover, addition of synthetic c-di-GMP to mid-log phase BCG cultures reduced methoxy mycolates, increased keto species and practically did not affect α-mycolates, showing a differential effect of c-di-GMP on keto- and methoxy-mycolic acid metabolism. 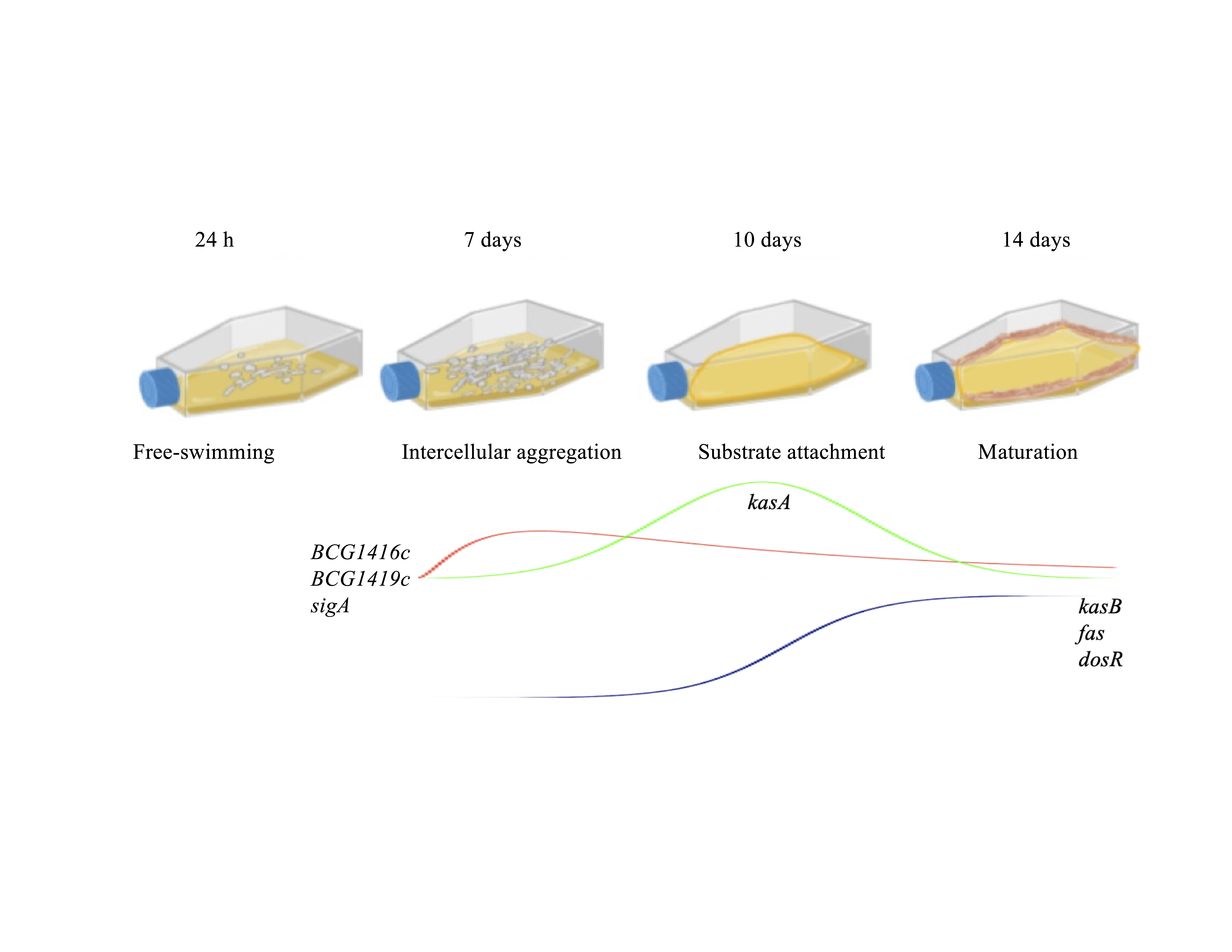