END_OF_DOCUMENT_TOKEN_TO_BE_REPLACED

Bicarbonate has been considered as a better approach for supplying CO2 to microalgae cells microenvironments than gas bubbling owing to cost-effectiveness and easy operation. However, the β-carotene production was too low in Dunaliella salina cultivated with bicarbonate in previous studies. Also, the difference in photosynthetic efficiency between these two carbon sources (bicarbonate and CO2) has seldom been discussed. In this study, the culture conditions, including NaHCO3, Ca2+, Mg2+ and microelement concentrations, were optimized when bicarbonate was used as carbon source. Under optimized condition, a maximum biomass concentration of 0.71 g/l-1 and corresponding β-carotene content of 4.76% were obtained, with β-carotene yield of 32.0 mg/l-1, much higher than previous studies with NaHCO3. Finally, these optimized conditions with bicarbonate were compared with CO2 bubbling by online monitoring. There was a notable difference in Fv/Fm value between cultivations with bicarbonate and CO2, but there was no difference in the Fv/Fm periodic changing patterns. This indicates that the high concentration of NaHCO3 used in this study served as a stress factor for β- carotene accumulation, although high productivity of biomass was still obtained. 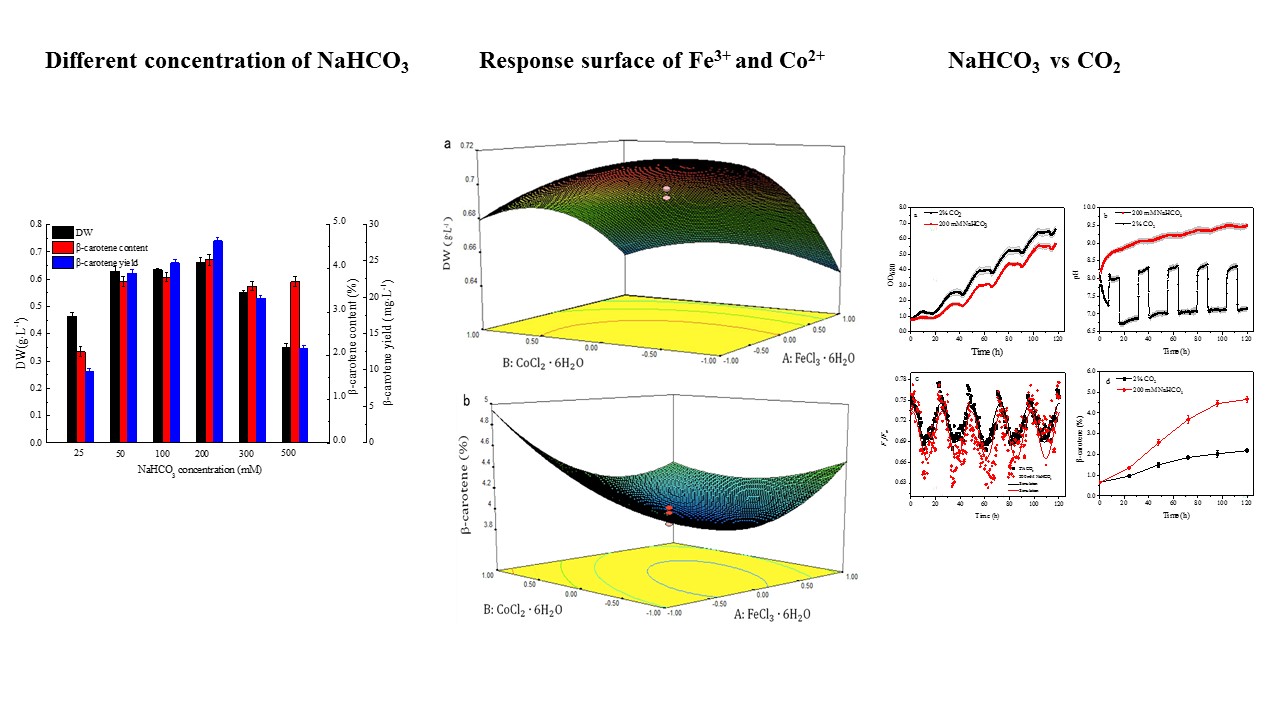