END_OF_DOCUMENT_TOKEN_TO_BE_REPLACED

In the present study, an anaerobic microbial consortium for the degradation of hexahydro-1,3,5-trinitro-1,3,5-triazine (RDX) was selectively enriched with the co-addition of RDX and starch under nitrogen-deficient conditions. Microbial growth and anaerobic RDX biodegradation were effectively enhanced by the co-addition of RDX and starch, which resulted in increased RDX biotransformation to nitroso-derivatives at a greater specific degradation rate than those for previously reported anaerobic RDX-degrading bacteria (isolates). The accumulation of the most toxic RDX degradation intermediate (MNX [hexahydro-1-nitroso-3,5-dinitro-1,3,5-triazine]) was significantly reduced by starch addition, suggesting improved RDX detoxification by the co-addition of RDX and starch. The subsequent MiSeq sequencing that targeted the bacterial 16S rRNA gene revealed that the Sporolactobacillus, Clostridium, and Paenibacillus populations were involved in the enhanced anaerobic RDX degradation. These results suggest that these three bacterial populations are important for anaerobic RDX degradation and detoxification. The findings from this work imply that the Sporolactobacillus, Clostridium, and Paenibacillus dominant microbial consortium may be valuable for the development of bioremediation resources for RDX-contaminated environments. 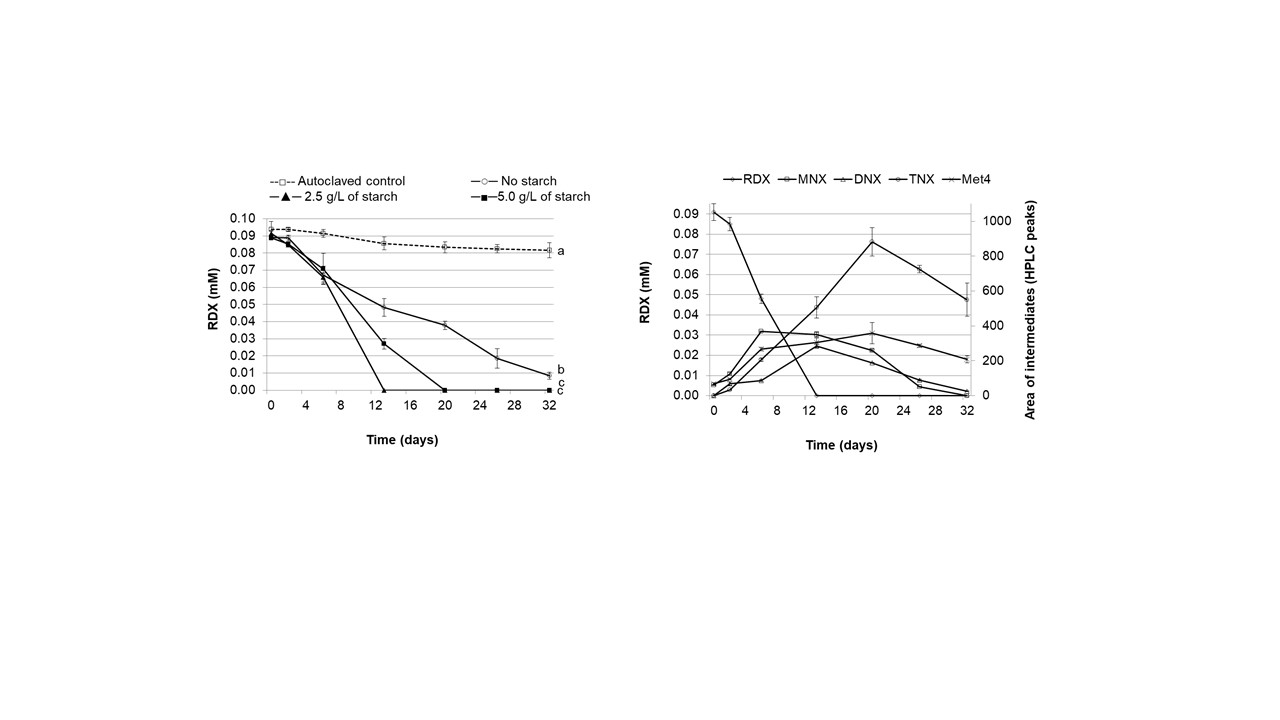